In my first year at Penn State Abington, a Philadelphia branch campus of The Pennsylvania State University, I took a French course taught by Irma Jean Smith, who was working on her doctorate on the subject of Jean Cocteau at The University of Pennsylvania.

One of the students in the class was Barry Levin.  In the following picture Barry Levin is the dude at the lower right with the long hair and the freakish bow tie.  He seemed like he was just an average student.  He once offered me a potato chip as an overture to a conversation.  We didn’t hit it off.  I think Barry Levin thought I was a weirdo.  While in college Barry Levin married a fellow student in French class, Marcia.  Marcia seemed intellectually gifted.  I remember she once got a high grade on a quiz and she said to Barry: “I’m not as dumb as I look.”  Barry and Marcia once held hands under the table in class.  Miss Smith saw the PDA and yelled at both of them: “Don’t do that in class.”  Yeah, right.  Like actual French students at the Sorbonne never engage in PDA in class!

Marcia Levin is the young woman at the top with the long hair.  I once saw her at the Penn State main campus in the 1973-1974 school year; she worked as a check out clerk at a local supermarket in State College, PA.

Nedda Cohen Weiss is a lifelong friend of my sister’s.  I think they first met as students in junior high school in Philadelphia.  Mrs. Weiss is a retired teacher with the Philadelphia School District; she taught English as a second language to native Spanish speakers.  She and my sister were in the 206th graduating class of The Philadelphia High School for Girls (1965).

I suppose you could call me a narcissistically-disturbed schizoid, rather than a schizoidal narcissist.

Funny thing, people ask me why I never practiced law despite my having two law degrees.  My conclusion?  I am not narcissistic enough.  To be a good lawyer you have to be able to exploit others without guilt or remorse.  To defend a Bernie Madoff or a Jeffrey Dahmer you have to be devoid of any empathy for the victims of crime.  I am basically a nice guy.  Probably too nice to screw other people day in and day out.  I like finishing last.  I see that as my place in life.  And I enjoy it.

If I go to a dinner party I am happy to tell people that I am a bum.  I freely tell people I have no friends, no profession, and engage in no gainful activities of any kind.  I enjoy telling people that I spend most of my solitary days staring into space.  I’m not one of those people who regales others with tales of professional achievement and personal adventure.  I am not the type to bill myself as an “expert in expert opinions.”  I am an expert in nothing.  Yes, nothing is my metier — my calling, my craft.

The psychoanalyst Erik Erikson has asserted that an important but neglected form of ego adaptation is the capacity to change the environment (alloplasty). Rothenberg, A. “Janusian Thinking and Creativity.” In: The Psychoanalytic Study of Society. Vol. 7: 1-30 at 3. Gertrude R. Ticho, M.D., contributing editor. (New Haven: Yale University Press, 1976). In Erikson’s view, the resolution of one individual’s intrapsychic conflict may require or entail conflicts with the environment that ultimately destroy the existing order, yet provide an essential avenue for societal rejuvenation:

“In the case of great young men (and in the cases of many vital young ones of whom we should not demand that they reveal at all costs the stigmata of greatness in order to justify confusion and conflict), rods which measure consistency, inner balance, or proficiency simply do not fit the relevant dimensions. On the contrary, a case could be made for the necessity for extraordinary conflicts, at times both felt and judged to be desperate. For if some youths did not feel estranged from the compromise patterns into which their societies have settled down, if some did not force themselves almost against their own wills to insist, at the price of isolation, on finding an original way of meeting our existential problems, societies would lose an essential avenue of rejuvenation and to that rebellious expansion of human consciousness which alone can keep pace with the technological and social change. To retrace, as we are doing here, such a step of expansion involves taking account of the near downfall of the man who took it, partially in order to understand better the origin of greatness, and partially in order to acknowledge the fact that the trauma of near defeat follows a great man through life. I have already quoted Kierkegaard’s statement that [Martin] Luther lived and acted always as if lightening were about to strike behind him. Furthermore, a great man carries the trauma of his near downfall and his mortal grudge against the near assassins of his identity into the years of his creativity and beyond, into his decline; he builds his hates and his grudges into his system as bulwarks–bulwarks which eventually make the system first rigid and finally, brittle.” Erikson, E.H. Young Man Luther: A Study in Psychoanalysis and History at 149-150 (New York: W.W. Norton, 1958).

Yes, I intentionally isolated myself.  I used to be quite the social butterfly.  Would you believe it?  I must say: alloplasty has its price, but it also promises some future rewards.

In the meantime Ellsberg continued reading his documents and thinking about the “lessons of Vietnam,” and concluded that the lies and deception were systematic, not just the aberrations of particular Presidents or the result of errors of judgment. The intelligence estimates, he concluded, despite his earlier feelings about inaccurate reporting from the field were “remarkably accurate.” He had become privy to a new secret.

That ultimate secret seemed to have something to do with the nature of secrecy itself. He could verge on the rhapsodic when he spoke about what the possession of secrets could do to the possessor, about the safes within safes, the clearances above Top Secret, the secrets within secrets that he had discovered in the inner chambers of the Pentagon. People in Washington derived kicks from having access to information from those inner chambers, achieved a kind of euphoria from knowing things that were not known by others. He would later say that his own fascination with them might have some relation to a parallel fascination with pornography. For years he had collected pornography, and his apartment was full of the stuff. Now he also possessed the hardcore information about the war, the pornography of Vietnam. Was the language suggestive: disclosure, revelation, protection, penetration?
Peter Schrag, Test of Loyalty.

“The child’s dyadic relationship [with the primary caregiver] slowly merges into the oedipal triadic relationship with the parents by the end of the fourth year, ushering in a severely conflictual situation for children of both sexes. If identification with the parent of the same sex has been proceeding well, this identification now serves as a stabilizing force, facilitating the temporary surrender of incestuous wishes and the modulation of hostile aggressive wishes towards the parent of the same sex. Sublimation of the sexual and aggressive drive derivatives can now proceed, with curiosity directed towards other areas. A significant landmark during latency is the gradual emergence of a scientific approach to learning and thinking. The why and wherefore of things become very important: concepts of the world and people begin to expand, and the development of reasoning steadily advances. Curiosity about sexuality gives way, under reasonably adequate psychological conditions, to curiosity about the wider aspects of the world, a sublimation of a portion of sexual as well as aggressive wishes that continues into adult life unless inhibitions arise because of psychological conflicts that were insufficiently resolved during the pre-oedipal and oedipal periods.” Galenson, E. “Comments.” In: Ostow, M. Ultimate Intimacy: The Psychodynamics of Jewish Mysticism, pp. 144-150 at 150 (Madison, CT: International Universities Press, Inc.: 1995).

Psychoanalysts say there is a relationship between exhibitionism (the need to expose oneself — for example, as I do in my blog, in a sublimated fashion) and voyeurism (the need to see others exposed sexually).  Yes, I like to show off myself and look at (or expose) others.  Is that so wrong?

What I read is that she is well-regarded by her colleagues.  Though there are reports that some of her law clerks can’t stand her.  She can be extremely demanding, so they say.  (Apparently, not demanding enough, if I may be permitted an aside).  I suppose she’s kind of like the female version of Ming the Merciless.  —  But then, I liked Ming the Merciless.  I thought he was the best English teacher I had in high school.  Just ask Elliot Feldman!

Two thousand years ago, a bunch of Jewish guys — the original get-ahead boys — got together and conspired to create a fiction that was destined to become legendary.  They invented a tale that one of their crowd was crucified by the Romans and was resurrected from the dead two days later.  The prank worked.  People still talk about it as if it actually happened.

More than 30 years ago the Harvard basketball team plotted to create a phenomenal hoax.  They concocted a fiction that a Harvard undergraduate — all of five feet nine inches tall (and an economics major, no less) — had amassed a stellar record in both high school and college basketball and that he was even drafted by the NBA’s San Antonio Spurs.  They got the guy to dress in a Harvard Jersey, photographed him, and fabricated a collection of correspondence between the student and the NBA.  It was all a fantastic deceit.  People still talk about it at Harvard and beyond.  True believers still hold to the truth of the antic as if it were religious dogma! 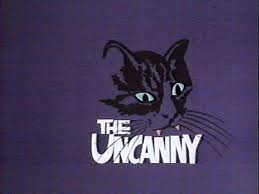