Drawing on Bion’s ideas, Fonagy suggests that parents can contain their infant’s distressing affects through communicating affectively and in the language of physical care that (1) they understand the cause of the distress and its emotional impact; (2) they can cope with the distress and alleviate it; and (3) they can recognize the child’s emerging intentional stance–by which is meant the child’s ability to infer intentions that underlie behavior, in particular, the behavior of the parent.  Strikingly, Fonagy believes that this third element of containment–the parent’s recognizing the child as a separate being with a mind of her own, capable potentially of reading her parent’s mind as well as her own — “may be the most important in maximizing the likelihood of the child’s forming a secure attachment.”  Wallin, D.J. Attachment in Psychotherapy. 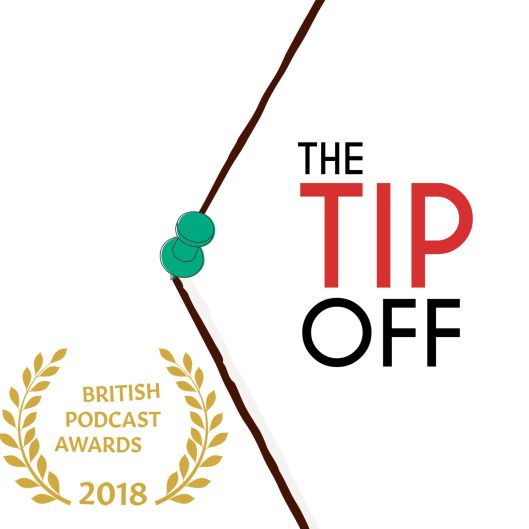 I read a lot into the following brief exchange at my first session with my therapist.

THERAPIST: My work is based on attachment theory, schema therapy . . .

THERAPIST: (sneers, then) . . . and psychodynamic work.

The sneer was important. Jeffrey Young is the founder of schema therapy. I knew that. How many of her patients would know that? I’m guessing none. It was clear to me that she was showing off, trying to impress me, trying to confer an intellectual authority on herself. I’m sure that works with other patients. It didn’t work with me. When I said, “Jeffrey Young” I stole her thunder, as if she were thinking, “I am trying to impress you, and you are interfering with my effort to impress you.”

I thought of the fact that in 27 years of seeing therapists, no therapist has ever started off telling me about her theoretical orientation.

Right then and there, I suspected she was a phony.  But I wanted to give her the benefit of the doubt.  At the second session I gave her a copy of my re-interpretation of my psych test scores.  She said angrily, “Do you know everything?”  The evidence was building.  But I wanted to be fair.  I’m like Robert Mueller.  I think, “This looks suspicious, but I’ll wait till I see the emails.”  I don’t jump to conclusions.  The conclusions jump at me!

But session after the session, the evidence mounted.

She has said several times, “maybe you have a problem reading social cues.”  Yeah, right!  Maybe I read them too well!

Professor Kronman is law professor and former dean, Yale Law School. He is a Kleinian!! His latest book, Confessions of a Born-Again Pagan includes an introductory chapter on Melanie Klein. I’m guessing he’s a friend of Claudio Grossman’s — and Otto Kernberg’s!!

I am a psychotherapy patient.  I have written summaries of some of my therapy sessions.  Perhaps you might have an academic interest  in the attached document.

I earned a J.D. at Temple University and an LL.M. from American University.  You might be interested in the way a lawyer does psychotherapy.

David Scharff is a clinical professor of psychiatry at Georgetown Medical Center. He is also a psychoanalyst.

Dr. Scharff is also a clinical professor of psychiatry at the Uniformed Services University of the Health Sciences; he was probably Brad Dolinsky’s psychiatry professor.

He spent a year in training in adolescent psychotherapy, object relations theory, and organizational consultation and research at the Tavistock Center in London.

To top it off:

He is a Kleinian!! (Object Relations Theory)

I am a psychotherapy patient. I have written summaries of some of my therapy sessions. I am extremely resistant in therapy. Perhaps you might have an academic interest in the attached document. It provides insight into the mind of a highly resistant patient in psychotherapy. 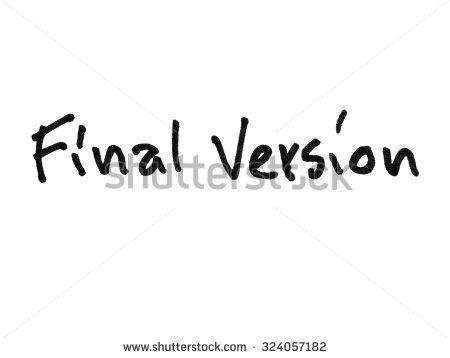 Prof. Brian Greene is an American theoretical physicist, mathematician, and string theorist. Greene has worked on mirror symmetry, relating two different Calabi–Yau manifolds (concretely, relating the conifold to one of its orbifolds).

May I interest you to take a look at an unusual book I have written — a kind of novel in verse — about an immigrant Jewish-Iranian family living in Manhattan? I understand that you grew up in Queens and studied classical piano. One of the characters of my book lives in Queens and another character is a concert pianist.

The text of the book is in the attachment.

Charlie: I am in sad shape…

Lucy: (interrupts) Hold up there Charlie Brown! I need 5 cents from you for my kind of advice!

Charlie reaches in pocket, drops a nickel in her money can.

Now what seems to be your trouble?

Charlie: I know I should be happy during Christmas, but I can’t seem to manage it.

Lucy: (proudly) Well, as they say on TV, “the mere fact that you realize you need help indicates that you are not too far gone.” I think we better pinpoint your fears. If we can find out what you’re afraid of, we can label it.

Are you afraid of responsibility? If you are, then you have hypengyophobia.

How ‘bout cats? If you’re afraid of cats, you have ailurophasia. Are you afraid of staircases? If you are, then you have climachaphobia.

Maybe you have thalassophobia. This is a fear of the ocean. Or gephyrobia, which is the fear of crossing bridges.

Lucy: The fear of everything.

In the year 1990 I was in psychotherapy with a psychoanalyst — one of the finer analysts in Washington, DC.

I told him about an injury in the mouth I suffered at age two and a half. I had placed a curtain rod in my mouth, injuring myself when I fell. The curtain rod caused a serious puncture wound in the soft palate that had to be cauterized.

Now, this is what is striking:  On another occasion the analyst said I engaged in concrete thinking — suggesting that I mistook real events for issues of symbolic psychological importance.

Well, now, that is interesting, isn’t it? I am a concrete thinker, according to the analyst, and yet this same analyst failed to see the deep psychological importance — or symbolic meaning — of my concern for my childhood injury.

Isn’t my preoccupation with a traumatic, painful puncture wound symbolic of something? Might it not be seen to be symbolic of the importance of introjection in my personality? In psychoanalytic theory introjection is a primitive ego defense, oral in origin (yes! oral in origin, like a puncture wound in the mouth) in which the individual internalizes external objects into his psychic structure. Melanie Klein argued (consistent with Freud) for how a strict super-ego may well develop without a correlative severe parental figure; that is, the super-egoic violence that is brought to bear on the ego is given its force and its imprint from early infantile impulses, producing a biting, devouring and cutting policing of adherence to an ego-ideal. Think about the imagery: isn’t a “super-egoic violence that is brought to bear on the ego” an exquisite  symbolic representation of the concrete image of a violent puncture wound to the soft palate?

(What is fascinating is that the injury occurred as a reaction to my envy or jealousy.  I was in the kitchen with my mother.  She was talking on the telephone and ignoring me.  I experienced envious rage.  I put the curtain rod in my mouth to get attention.)

What I suspect about myself is that I have very powerful oral impulses, present since infancy, involving powerful voracity, greed and envy.  It is as if I could devour all the earth with all its mankind.   Following from this is my tendency toward intense primitive idealization (as with Dr. P — aka, Mr. Eggs and Sausages) — and my unusual capacity for internalization.  It is as if my mind were a sponge for external objects — both good and bad, which is consistent with my severe introjective pathology as described by Sidney Blatt.  Patients with introjective disorders are plagued by feelings of guilt, self-criticism, inferiority, and worthlessness. They tend to be more perfectionistic, duty-bound, and competitive individuals, who often feel like they have to compensate for failing to live up to the perceived expectations of others.  Are all of these traits bound up with my powerful instinctual orality?

I am also intellectually voracious.

Compare the following — the unusual way I deal with envy, possibly found in creative persons:

“I sense possible envy and unconscious feelings of triumph in your report that you destroyed your parents’ paradise. I suspect that at some level you relished the idea of destroying your parents’ ‘beautiful world’ because it was denied to you. You know there is a psychological theory that the infant both loves and envies the mother’s breast: that at some level the infant wants to destroy the mother’s breast – precisely because it is good – at those moments the infant feels that the mother has withheld the breast from him. Your family’s beautiful world, their Paradise as you call it, was denied to you and you envied it; you wanted to destroy it. I’d like to offer a reconstruction that ties together your creativity and your destructive impulses. It may be a regular feature of your mental life that when you envy something and cannot merge with it, you destroy it in fantasy, then recreate an image of that envied object in your mind. What I am saying is that you envied your parents’ paradise, you could not have it, you proceeded to destroy it in fantasy, and you resurrected an idealized image of it in your inner world. I suspect that we can find residues of former envied objects in your idealized world, your inner Garden of Eden, your own private paradise, that you retreat to.”

I saw all this in 1988 when I wrote the Caliban Complex. I am years ahead of my time!! Why is it that one of the top psychoanalysts didn’t see this? Is it because he was not a Kleinian? One wonders.

From Significant Moments:  (Note both the voracity and the idealization)

I thought his memory was like the other memories of the dead that accumulate in every man’s life—a vague impress on the brain of shadows that had fallen on it in their swift and final passage; but before the high and ponderous door, between the tall houses of a street as still and decorous as a well-kept alley in a cemetery. I had a vision of him opening his mouth voraciously . . .
Joseph Conrad, Heart of Darkness.
. . . the way Homer renders a heart-eating cyclops . . .
Toni Morrison, Playing in the Dark: Whiteness and the Literary Imagination.
. . . as if to devour all the earth with all its mankind. He lived then before me; he lived as much as he had ever lived – a shadow insatiable of splendid appearances, of frightful realities; a shadow darker than the shadow of night, and draped nobly in the fields of a gorgeous eloquence. The vision seemed to enter the house with me –
Joseph Conrad, Heart of Darkness. 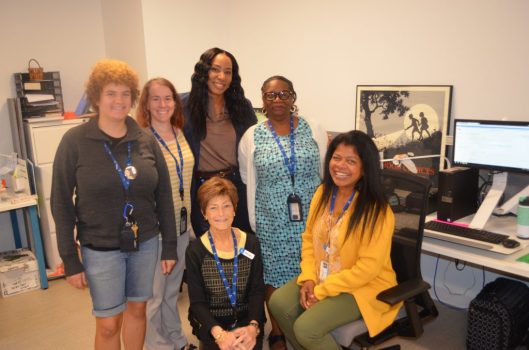 Posted by garyfreedman | Filed under Uncategorized